The Less Known Heritage of Ireland

﻿﻿﻿﻿﻿
﻿﻿"History or at least effective history should be expansive and inclusive, articulating for all" anon


The purpose of this Blog is to gain in understanding and present some of the more obscure Heritages of the island of Ireland. I believe that through accounting for the history of marginalized  people and their storys, we can begin to present a more rounded fairer view of Ireland past for the full consideration of future generations.

I greatly welcome contributions, comments and suggestions from anyone who can help me understand and present Irelands History and Heritage in that light.


Blogs linked to the right of this page.
Comments can be posted at bottom of blog pages.
Thank you for reading. 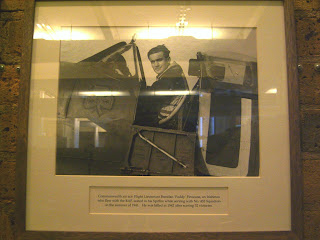 For a small country, a huge history. It feels good to know that you too have thought against the Germans. I do not remember our French History teachers telling us in school that their was 8 Irish regiments who contributed to the 1st World War. This is a pity, but whoever wrote the books should be to blame, and we need more guys like you to make everyone remember how hard Irish men thought against the German through the English Empire. Any time you add something to your blog let me know, I'll be happy to read some more about your Irish History...Merci, mon ami.


I suppose it takes some courage and honesty to find out the whole truth about one's own nation's history. While I remember the movie you mentioned, I did not know anything about those documents. It's a good thing to have such a broad view on history. Although it might be a trap, too, if you go too far. See, in Poland it's become quite popular to have "investigating commissions" these days, which investigate into past, trying to find anything about a person in question that would prove his/her involvement in spying or co-laborating with the secret services during the communists' times. In fact these "commissions" take a lot of money and time, and to tell the truth more and more people are getting sick with it. I mean, it's good to know that there were some people of that kind, but digging in past too much surely won't bring us to a better future. Most of those people worked under a huge pressure, often were black-mailed, and it's hard to blame thousands of people who "declared" their help to those services just because of that declaration.
I'm not sure how it looked like here, in Ireland. Anyway, I'm glad I found your blog. Take care and all the best.


Maurice [Moore] kept up a correspondence with my great-uncle John Stanton for many years--Maurice in California, John in Cleveland.

On the last day before John left Ireland at 16, he carved the date and his name into a cornerstone of the family's cottage on the edge of Lough Carra, which I've often seen. The cottage is traditional, except that it's made of cut stone. It even had what my grandmother called "a lift", a system of pulleys for hauling stuff up into the loft. It It was bought from the Stantons when they were leaving by the Mulhare family, and used as a byre. It still stands.
I had my grandmother's memories typed up many years ago, and they contain some details of daily life that might be of some interest to the people in the Ballyglass. She remembered, for example, the details of her grandfather's wake, and also the details of the day they left Ireland and the long journey that ended in the steel town of Youngstown, Ohio, where a lot of Mayo people went.

I forgot to mention that the Spanish bridge's gold was so tightly packed that they had to take the first coin out with the tweezers!
Will, I won't tax you any further, but if you're writing something that my grandmother's notes can help with, I'll be glad to share them anytime.

All the best,
Eileen Kane

Hi, I am from the McEvilly family who emigrated from Castlebar in Mayo around 1820. This part of the family settled in Minooka, Illinois (near Joliet). There is even a McEvilly road there. I want to congratulate you on your fine research. I have been looking for some time information on the Staunton/McEvilly clan and found your work most interestting.